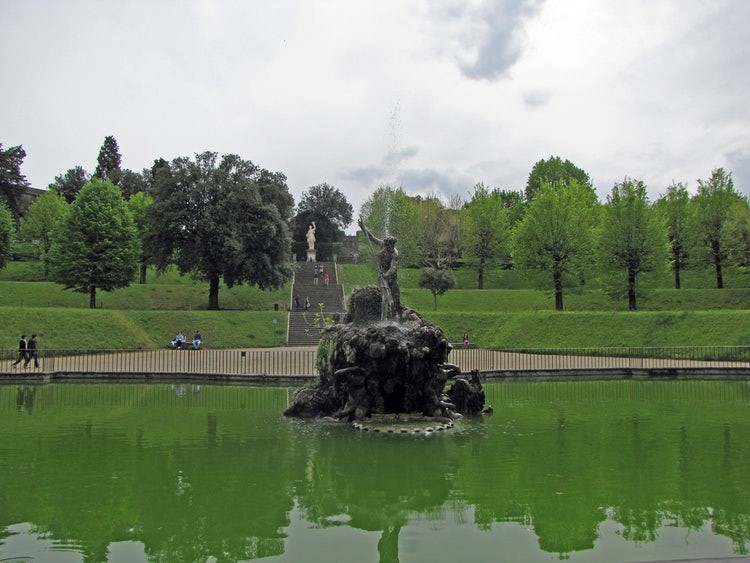 More than just a garden, it is a place of historical importance for Florence

More than a garden, more than just a “green lung” in Florence, the Boboli Gardens are one of the greatest open-air museums in Florence that embraces another site of culture in Florence, the Pitti Palace. The park hosts centuries-old oak trees, sculptures, fountains and offers peaceful shelter from the warm Florentine sun in summer, the beautiful colors of the changing foliage in the fall and smells of blooming flowers in the spring.

The Boboli gardens are a spectacular example of “green architecture” decorated with sculptures and the prototype which inspired many European Royal gardens, in particular, Versailles.

Its creation and development spans four hundred years, from the 15th and 19th centuries. The original fields and gardens were laid out behind Santa Felicita in the Oltrarno by the Borgolo family, the name from which Boboli is thought to derive, and were bought in 1418 by Messer Luca Pitti. In 1549, the property was purchased by Cosimo I’s wife Eleonora di Toledo, and was greatly enlarged to became the Medici family’s new city residence.

The original plan at that time was drawn by Niccolò Tribolo, although the complete works were completed only after his death in 1550 by other court architects, including Giorgio Vasari, Bartolomeo Ammannati and Bernardo Buontalenti under the reign of Francis I, who succeeded his father Cosimo. The Medici and the Lorraine families continued to enrich and enlarge the garden in the 17th, 18th and 19th centuries generating an outdoor museum, the scenic  setting to exhibit both Roman and Renaissance statues. Along your walk, you will discover the highlights of the gardens, in particular the Amphitheatre, the “Viottolone”, the Garden of the Cavaliere, the Koffeehouse and the Grotta Grande.